Full Name
Amber Ruffin
Job Title
Host, writer, and executive producer
Company
"The Amber Ruffin Show"
Speaker Bio
Amber Ruffin is the host, writer, and executive producer of the WGA Award-nominated series "The Amber Ruffin Show" on Peacock. She was recently nominated for an NAACP Image Award for Outstanding Host in a Reality/Reality Competition, Game Show, or Variety (Series or Special). She is an Emmy- and WGA Award-nominated writer and performer for NBC’s Late Night with Seth Meyers and was the first African American female to write for a late-night network talk show in the U.S. She wrote and performed on Comedy Central’s Detroiters and was a regular narrator on the cabler’s Drunk History.

Ruffin was previously a performer at Boom Chicago in Amsterdam, the iO Theater, and Second City in Chicago. In addition, she was a writer/performer for the 2018 and 2019 Golden Globe Awards and has written for the series A Black Lady Sketch Show. Ruffin is the New York Times bestselling co-author, along with her sister Lacey Lamar, of "You’ll Never Believe What Happened to Lacey: Crazy Stories of Racism", published by Grand Central Publishing. She is currently co-writing the Broadway musical Some Like it Hot, which will begin performances in 2022. Last year, Ruffin was named to the 2021 Time 100 Next List, Time magazine’s list of the next 100 most influential people in the world.
Speaking At
Inc. 5000 Gala, co-hosted by Amber Ruffin and Rich Eisen 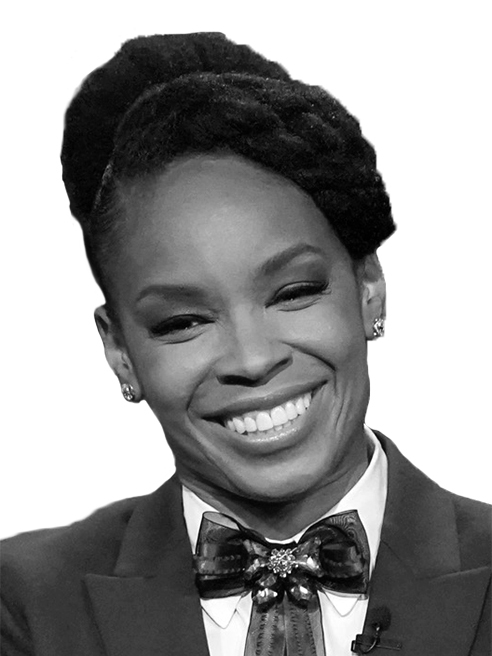